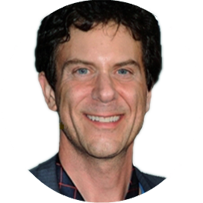 Scott Mitchell Rosenberg is chairman/CEO of Platinum Studios. Platinum controls one of the world’s largest independent libraries of comic book characters. Scott has played an integral role in creating one of the largest bibles in comic book history: the Platinum Studios Macroverse, which includes anchor titles such as Cowboys & Aliens. A constant innovator, Scott established Platinum in 1997, following a successful career as the founder of Malibu Comics, which sold to Marvel in 1994. At Malibu, Scott led many successful comic spin offs into toys, television, and feature films, including the billion-dollar film and television phenomenon, Men in Black.