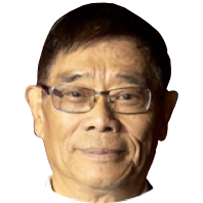 Richard Lu is originally born and raised in Shanghai, China. He is an accomplished Artist, Professor and International Businessman. He was Senior Vice President of Techno Concepts California and General Manager of Techno Concepts Shanghai. Richard continues to excel as an influential and integral consultant, liaison and cultural advisor to both United States and China for film and business.