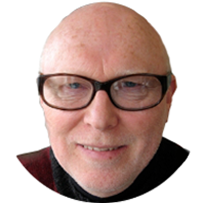 Jeffrey Hardy is the President of FilmProfit, co-author of FilmProfit software and the sole author of The FilmProfit Guide To Film Distribution Deals, a respected primer to deals in key film distribution markets. Jeff has acted as an expert resource for The Hollywood Reporter, Fortune Magazine, The Washington Times, WSYR radio, The Black Film Report, as well as many other publications. Interviews with Jeff have appeared in The Independent magazine, Black Talent News, and Cue Magazine. His work has been profiled in, In Motion Magazine, MacWeek Guide to Desktop Video, Film/Tape World, Release Print Magazine, Movie Business Report and other industry publications. FilmProfit contributed to The Independent Film and Videomaker’s Guide (2nd ed.) and the Independent Filmmaker’s Guide to Writing a Business Plan for Investors. He has presented multiple all-day workshops and participated as a panelist on creative and business issues for independent films. Jeff has also provided business and strategic planning for over 100 motion picture projects, with budgets ranging from the micro level to $100 million.